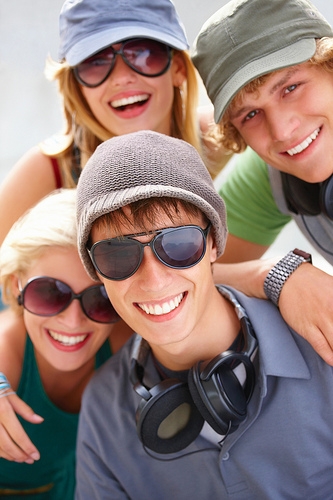 Straightening your teeth with traditional braces used to be something of a public affair. While traditional teeth-straightening methods yielded high-quality results, it was also essentially impossible to wear them undetected as you went about your day. The visibility of braces could be especially troubling to teens in the high-stress environment of high school and even during the early years of college.

With Invisalign Teen, Dr. Douglas and Larry Harte and our team at Harte Orthodontics will tell you that many of those concerns are no longer as relevant as they once were. Because Invisalign Teen aligners are constructed out of a plastic that is both smooth and clear, in all likelihood friends and family members won’t even realize the teen is wearing them. The smooth and clear plastic also makes the aligners much more comfortable than traditional braces, which means the teenaged user won’t have to deal with something large and obstructive in his or her mouth.

Additionally, the Invisalign Teen aligners are specifically made to be removable when the need arises. Your son or daughter won’t have to worry about getting food stuck in the alignment trays because they can be pulled out before a meal and popped back in afterwards. Invisalign Teen wearers can remove the aligners before brushing, which allows them to make sure their teeth are free and clear of all obstructions.

Invisalign Teen aligners also allow wearers to keep doing all the activities they have previously enjoyed. If your teen plays sports, for example, he or she won't have to worry about a mouth filled with metal brackets getting injured during play. If your teen plays an instrument, he or she won’t have to worry about traditional braces affecting normal playing techniques. The aligners will remain both comfortable and convenient during all of those activities and more.

If your teen is concerned about physical appearance and worried that braces will adversely affect his or her life for a year or more, Invisalign Teen treatment with Dr. Douglas and Larry Harte is definitely the right choice. Teens don’t have to be shy about their smile, won’t have to change any of the activities they normally do, and will still get all the benefits of straight teeth when the process is completed.

For more information about Invisalign Teen, or to schedule an initial consultation with Dr. Douglas and Larry Harte, please give us a call at our convenient Sparta or Livingston, NJ office today!